The best way to understand is to see, hear and smell – to really be there.

On Thursday as part of my Churchill Trust fellowship we had tours and meetings with managers of both AEB Amsterdam Waste to Energy Incinerator and van Werven Plastics Recycler.

Incinerators exist in The Netherlands because the country has closed virtually all its landfills and banned most material from landfill.  With a large population around 17 million in a tiny land area, smaller than Victoria, flat land subject to inundation, high water table and much of the land at or below sea level, the decision to cease landfills was made in the 1990s.  With that decision, there have been a cascade of other decisions on the destinations of plastics, organics, paper, and all products that normally go to landfill in Australia.  There is high level sorting in the home across the Netherlands, with virtually all organics (food and garden organics) going for composting or anaerobic digestion, and they have just reached the high target of over 50% recycling of all plastics (not only packaging). Our recycling rate for plastics is around 13%. 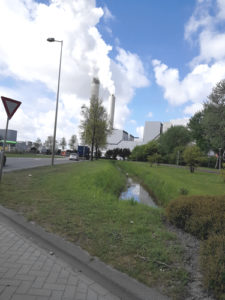 AEB is the largest of 11 incinerators in the Netherlands, generating over 1million MW electricity p/a (enough for 250,000 homes) from 300,000 tonnes of waste.  Trucks deliver the material from across the Amsterdam region and also ~25% imported from UK to feed the plant and the turbines.  Gate fees are incredibly low at €70-75/tonne, hence the waste deliveries from UK.

AEB has operated incinerators since 1917 for Amsterdam, with this waste to energy plant established at the Amsterdam Port in 1993. It is a fully owned business of the City of Amsterdam with 19 municipality partners. It is the largest W2E single location plant in the world and largest renewable energy plant in Amsterdam. The 4th generation of the plant was done in 2007 at a cost of around €175M.  AEB has invested in optimising emission scrubbers that filter and extract particulates, ensuring that the plant operates well inside the emission requirements set by The Netherlands Environmental Assessment Agency and public expectations.

The AEB team are proud of their facility which has the highest energy efficiency in the world at >30%, stating that most incinerators around the world average 15% and some as low as 5%, and have higher particulate emissions. 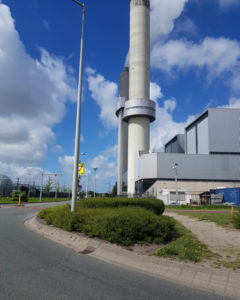 The facility is very closely managed and they have recently set up a new business venture to extract further plastics from the incoming material stream, diverting this from the incinerator. This is to meet the targets of the federal Netherlands Government for plastic recycling, even though it will reduce the calorific value of their inwards feedstock.  This has been achieved with a 10 year agreement to receive subsidized deliveries of separated plastics through Afvalfonds (the Netherlands Packaging producer responsibility scheme). AEB has teamed up with their neighbour, Waternet (equivalent to Melbourne Water) and other partners in developing plans for further plans for efficiencies: to extract more from the material stream, the recovered particulate emissions and more heat for further district heating.

Incinerators in Australia have to be considered in the context of landfill access, gate fees, energy price and demand, subsidies, supply agreements and strategic recycling priorities. It is essential that such policies, strategies and targets are developed in Australia to inform investment decisions for both energy and material treatment options. Much can be learned from the Europeans.

Van Werven is a rare plastics recycler.  They receive, sort and reprocess only rigid plastic, no packaging, and unusually they deal with all types of rigid plastic – both polyolefins, speciality plastics and vinyl. They accept material not only from post-industrial but the difficult one of post-consumer, namely from council drop off facilities.

They intentionally operate outside the realm of extended producer programs, subsidised programs and levies to minimise fluctuations in programs and ensure the business is robust for the long term. As a business they have three divisions using their capital plant and equipment: earthmoving equipment hire, organics treatment in composting and plastics recycling. As a privately owned family company, they are growing with plastics sorting facilities operating in UK (2012), Belgium, North Ireland, Sweden and Poland (2019). 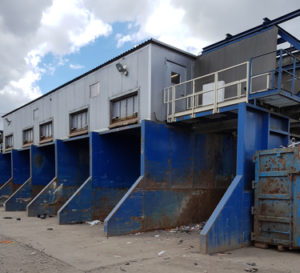 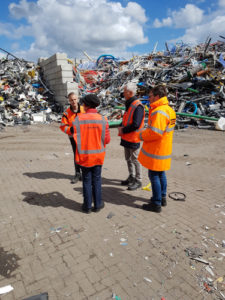 Managing Director Ton van der Giessen is careful to establish consistent supply for identified customers and will not process material without a customer. In their QA testing lab each batch of reprocessed plastic is tested before delivery to customers with detail MSDS produced showing the chemical composition and properties. Van Werven is positioned to be a substitute supplier in place of virgin feedstock.  They do not do compounding, colouring etc, they produce a consistent material for their customers who do the compounding for different formulations. Their plastics are used in the making of vacuum cleaners, pipe, windows and bags. 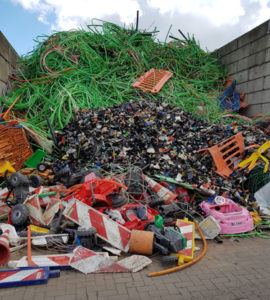 Ton van der Giessen has successfully reached agreement with the European Commission to have recognition as the first plastics recycler in Europe with a Green Deal. This means that material leaving his site is not considered a ‘waste’ but a ‘resource’ for customers. This was achieved with vinyl (PVC) plastic, and he plans to gain similar approvals for other polymers. This removes a major constraint of classifications of material and onerous paperwork for manufacturers.

Van Werven is a successful and growing business with a good business model and Ton sees the China ban as a bonus for plastics recycling, reprocessing and manufacturing in Europe. He fervently believes used plastics should be reprocessed locally, not exported as ‘waste’ to be someone’s problem overseas.

Subscribe to received new blogs direct to your email